In this enjoyable month of May, we found again the drug prevention information booth of the Say No To Drugs Team of Vienna at Praterstern near the entrance of the well known entertainment place of the Prater. 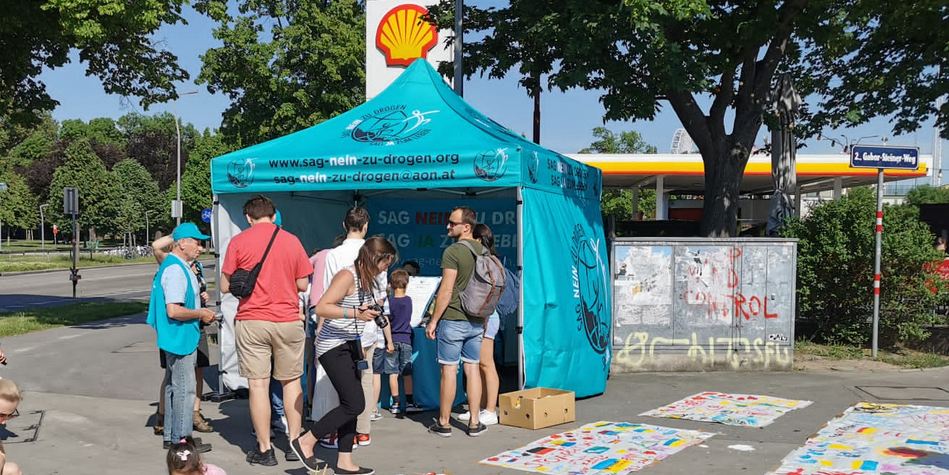 With the nice weather the noticeable topaz-green booth had many visitors interested to get more data about drugs. This was a great opportunity also to educate not only the youth but also the adults and the parents about the harming effects of drug use. Indeed, the parents are very concerned by their children well-being and were very interested to get the right data so then, to be able to have an informed talk with their children or relatives.

All the visitors were given one or several of the 14 booklets providing factual data on the drug effects on the body and mind.
This was the case of an old man whose nephew was smoking cannabis,
An other one whose son abusing drugs had a psychotic break and is since 20 years under psychiatric treatments,
A group of medicine students took a series of booklets for their patients,
A young man who realized that after 5 years of cannabis use he was becoming addict and wanted to get out of the trap,
Several mothers interested by the data on Ritalin, used to treat the hyperactivity of the children but also leading to addiction,
Two teenagers of 14 who had experienced cannabis for fun without knowing the risks were highly interested and now can objectively decide. 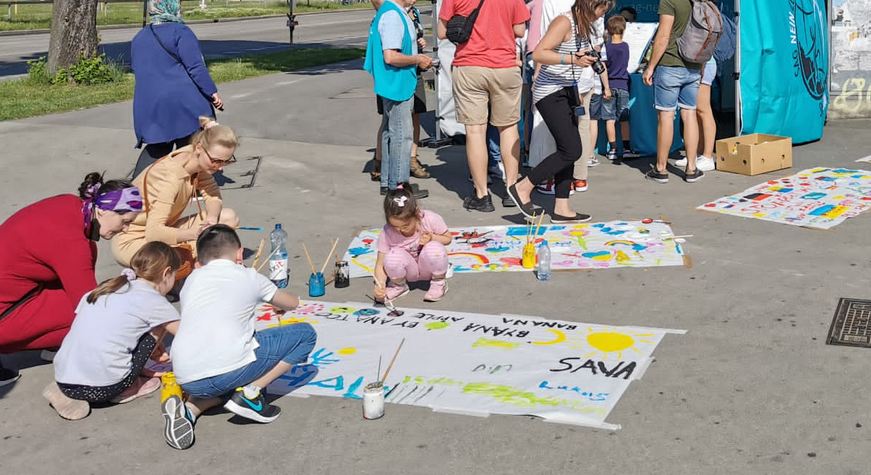 A lot of parents were very proud about their children, when they were drawing, painting and afterwards signing the pledge to stay drug free,
The spouse of a cocaine user get the adequate booklet and was informed about a detox center not using substitution drugs.