Belgium is a Federal constitutional monarchy with a parliamentary system, governed by the Constitution of 1831, with 3 Communities and languages. Belgium and his capital, Brussels, are the seat of International Offices and main European Institutions.
The Say No To Drug Belgium (SNTD.Be) Team in April did no less than 8 lectures on drug prevention to students of different ages.
The purpose of these lectures was to provide the youth with factual data on the harmful effects of drug consumption. Obviously and according to the statements made after the lectures by the students and expressed by the teachers, this was very fruitful and needed to oppose so many biased information reaching the youth and public. 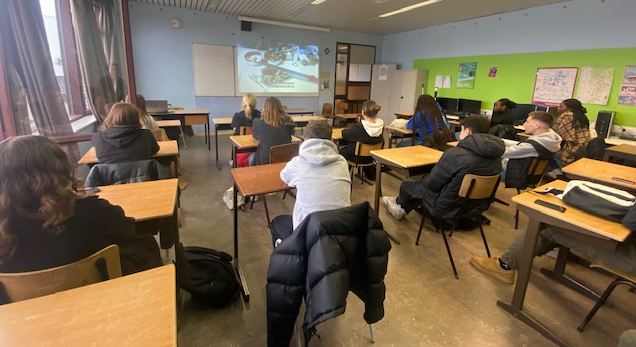 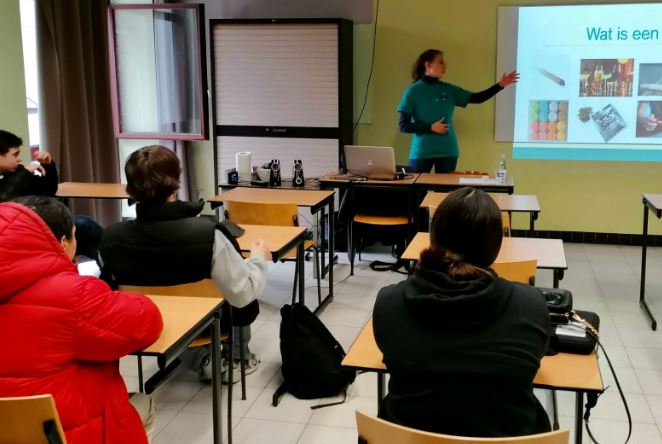 During the Prevention Days, 6 lectures of 1h40 each were delivered by the SNTD.Be in 2 days to some 90 students (3th and 4th years of secondary school – 15-16 years old) with about 15 students per class.
On the first day the subjects covered during the lecture were: what is a drug, how drugs act on the body and mind, dependency, data on alcohol, data on cannabis, data on inhalants and with a video from The Truth about Drugs Documentary.
The second day, the students also tested the simulation glasses for drugs and alcohol.
As a reminder each student and Professor received a The Truth About Drugs booklet set (containing 14 booklets on the most used drugs). 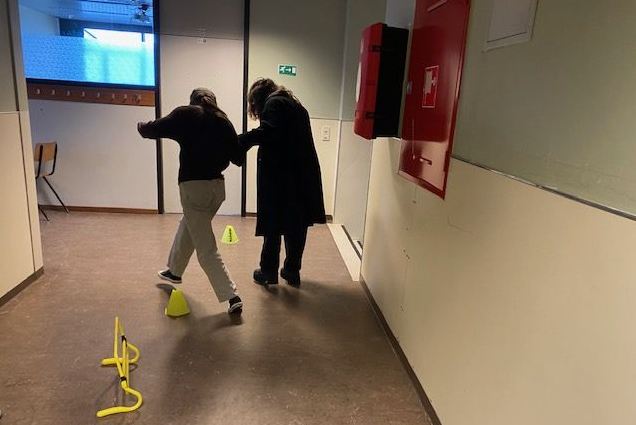 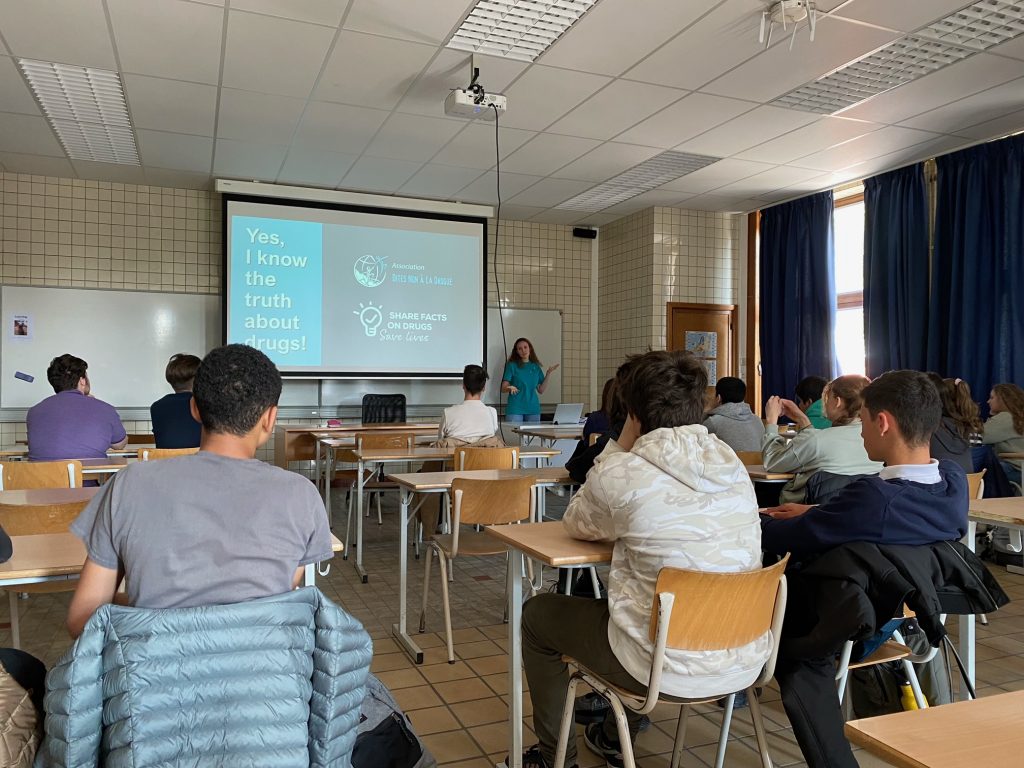 In another school, the SNTD.Be Team delivered 2 lectures of 2 hours each, the first to some 50 students of 14 to 18 years old. For the second, one week later, the Professor asked to deliver it in English and to give data on the GHB (gamma hydroxybutyrate), a nervous system depressant with serious health effects or death, following the incidents happening in bars in Brussels. After the lecture the students could also experiment the behavioral effect of the simulation glasses for cannabis and alcohol.

What they said:” It was very educational. I have learned a lot of things about drugs which I didn’t know before…I enjoyed the entire lecture about how drugs work and how they cause a negative impact… It made me understand a lot of things on which I had questions….”

Thank you for the interest !