Geneva, city located at the southwest end of Leman Lake, is the second most populated city of Switzerland and the second most populous municipality of the canton. Geneva and is also known as an international financial centre and as well as for many famous sportive and cultural activities.
Even if Geneva is hosting the most international organizations in the world such as the European Office of the United Nations, the International Committee of the Red Cross (ICRC), the World Trade Organization (WTO), the World Health Organization (WHO), and more, the city has kept some old traditions such as since 1818, the “sautier” and the official chestnut tree, that every year announces the arrival of Spring; and what about the amazing “Jet d’Eau” (water-jet) of 140 meters high!

In this frame, the Association Dites Non à la Drogue (Say No To drugs Association) team of Geneva has launched through the city and the canton a huge anti-drug campaign: “For a Healthier Society – Discover The Truth About Drugs”. 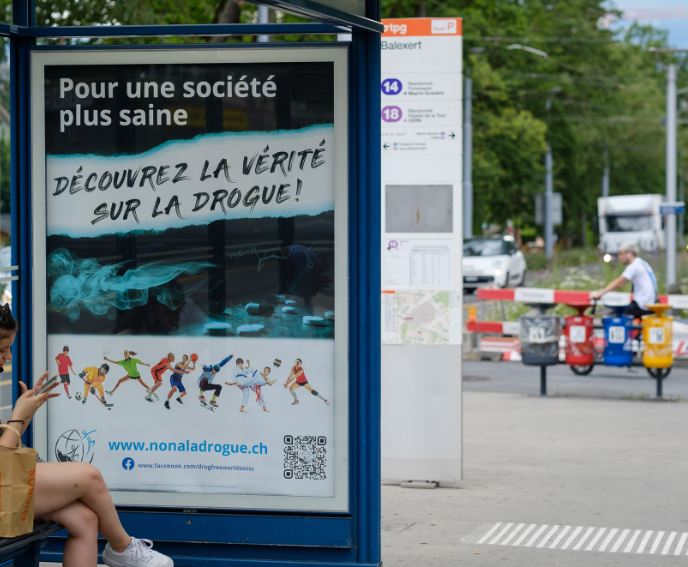 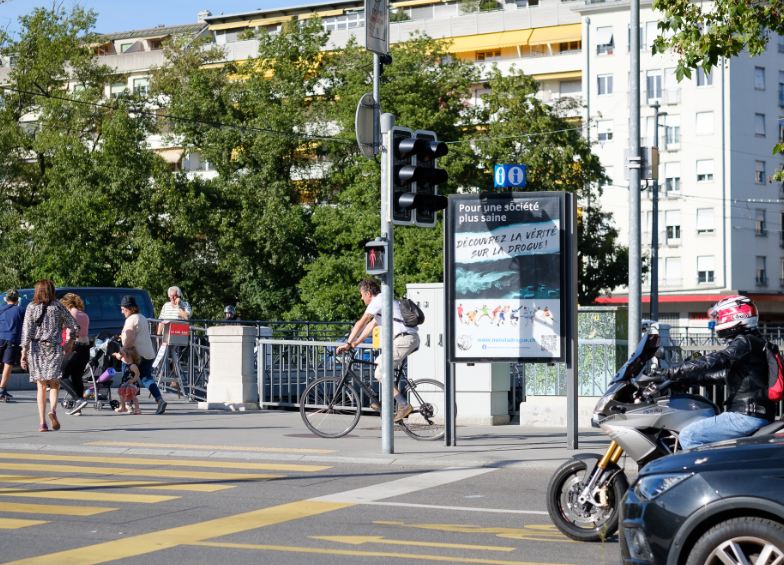 The vast informative campaign on the harming effects of drugs consisted in several approaches to reach a maximum of people of different ways of life:
– 2 online conferences on cannabis delivered by a Professor member of the French National Academies of Medecine and Pharmacy;
– a big distribution of no less than 15 000 informative booklets of the series The truth About Drugs in different areas of the city. The booklets were either handed-out, on a booth, delivered in letterboxes or given to municipal agency and to shopkeepers for their clients. Thus, some 220 shops, casino, barber, tobacco, restaurant, grocery, and more received 4 000 The Truth About Drugs booklets and accepted to support the action and signed the pledge “Committed Shopkeepers”; 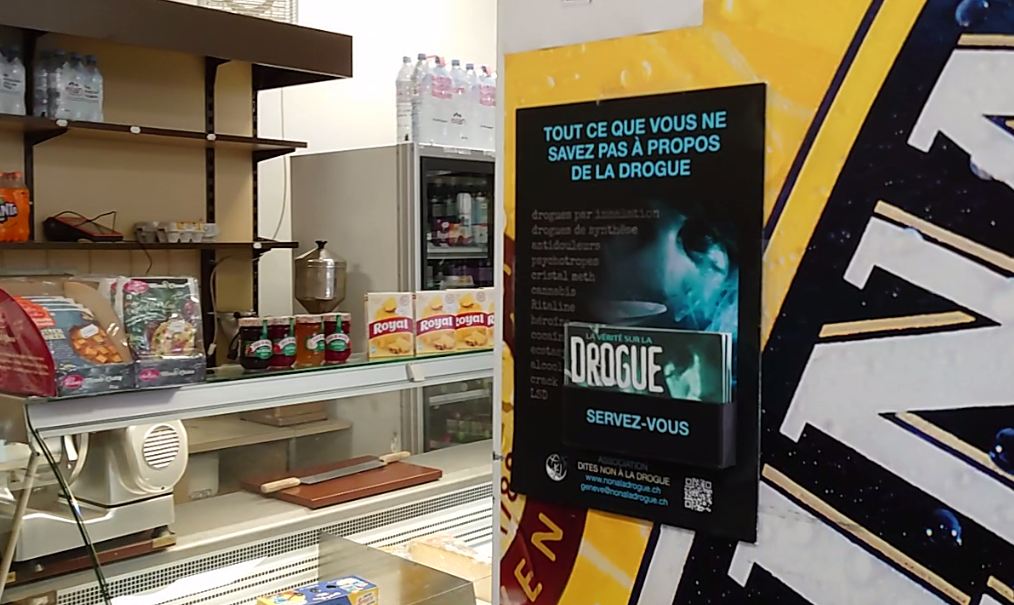 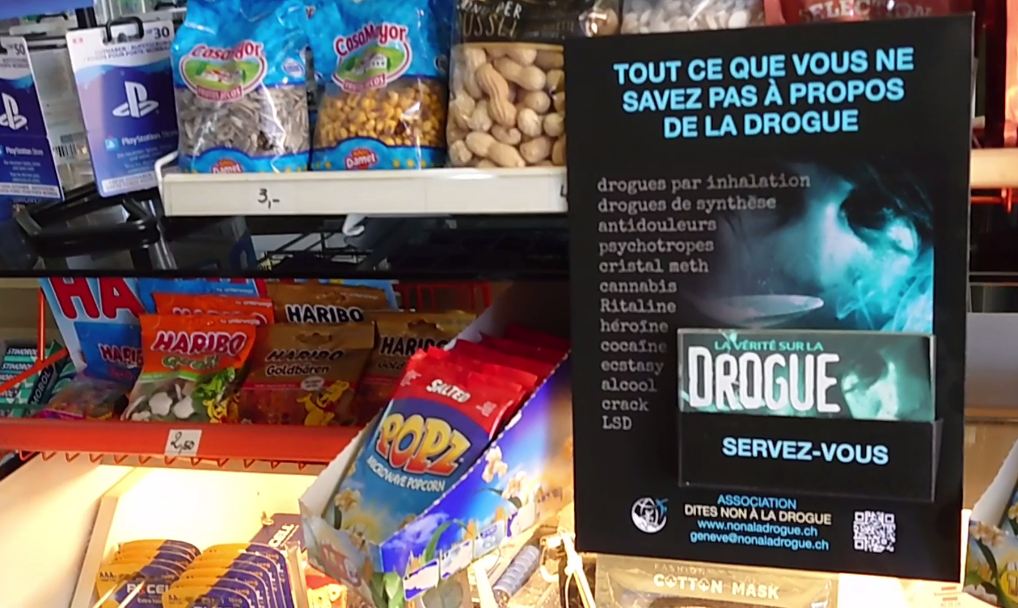 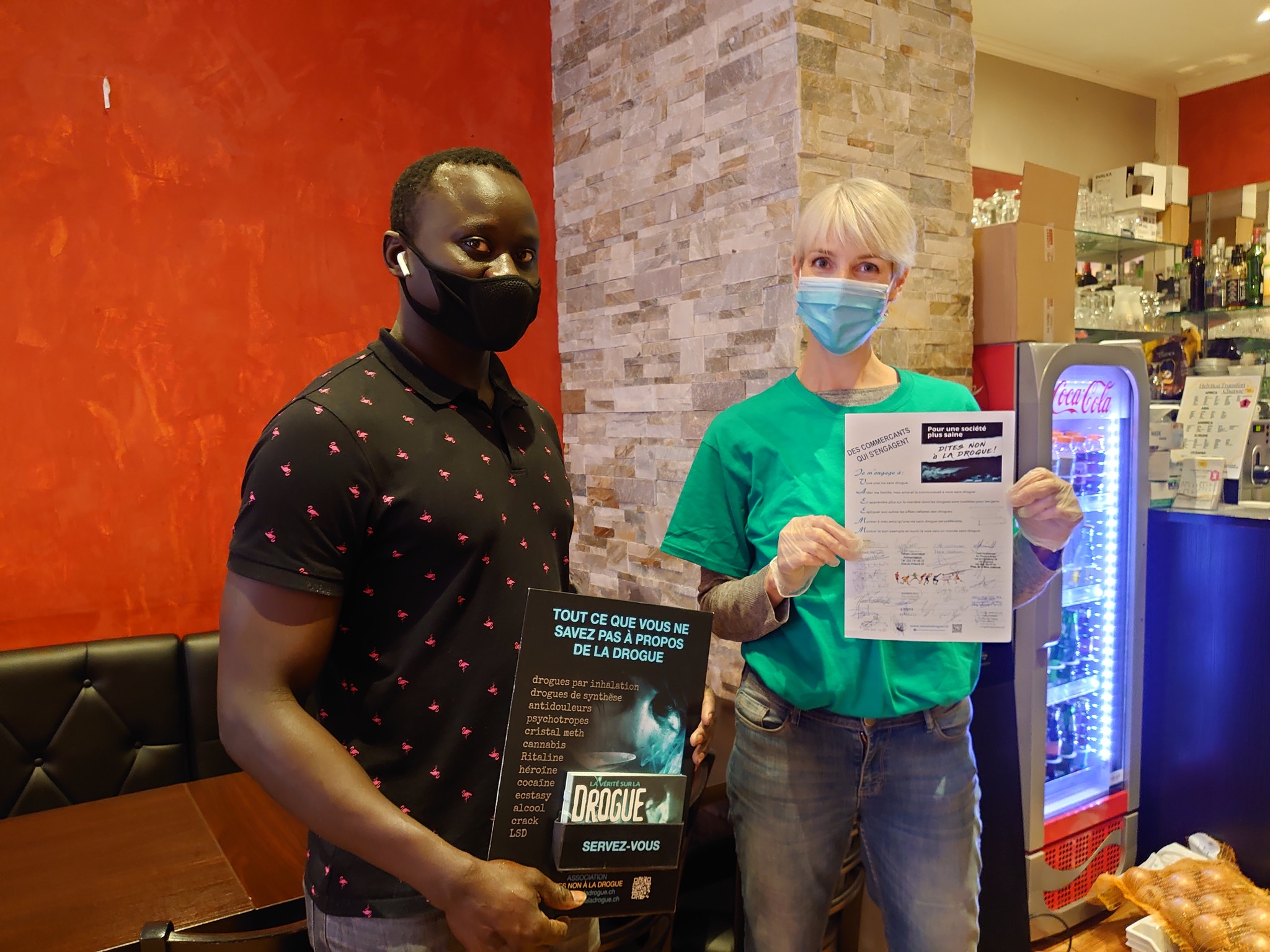 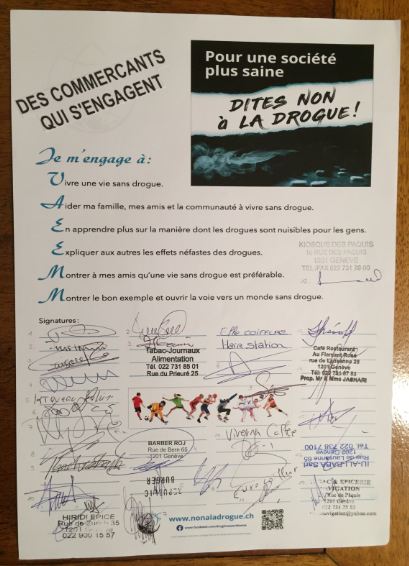 – the personnel of a hairdresser shop even decided to wear the SNTD gear (tee-shirt and cap) during their works; many questions from public were answered, a young boy wanted to sign the pledge but had a question regarding heroin: “Is this the same thing than the heroine of a film?” He was given the needed explanation to his total understanding and satisfaction; 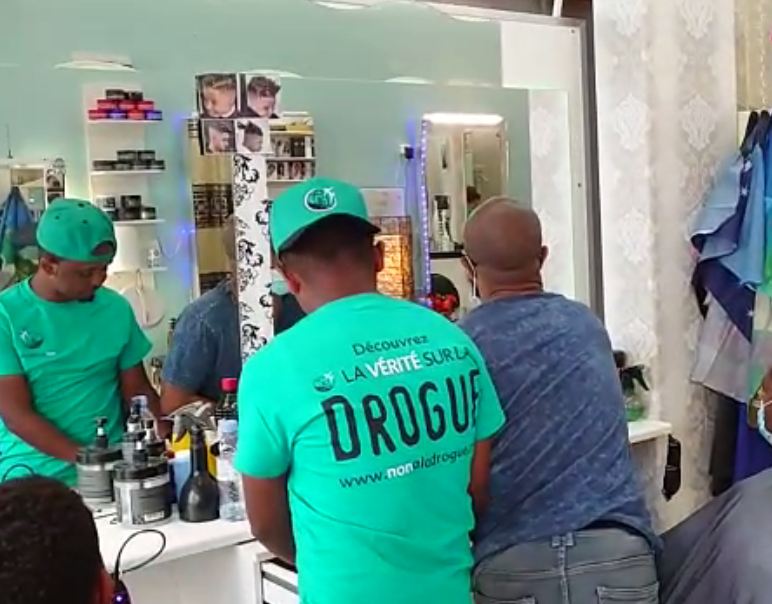 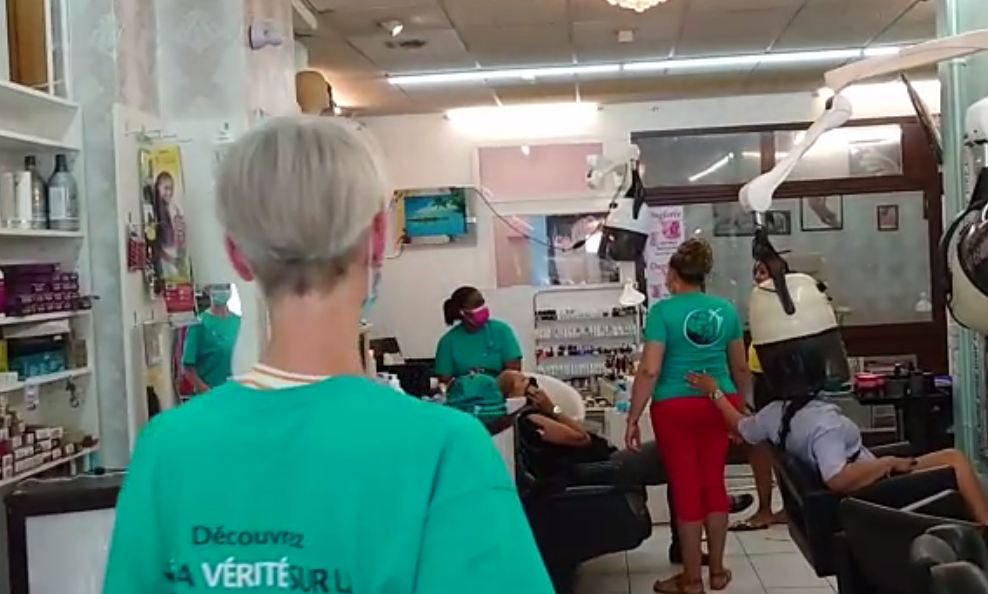 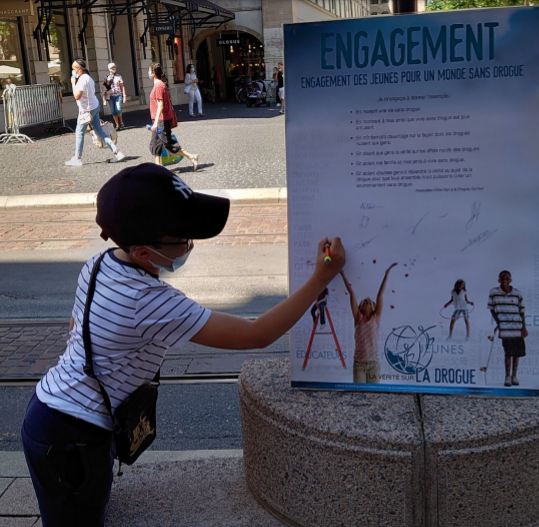 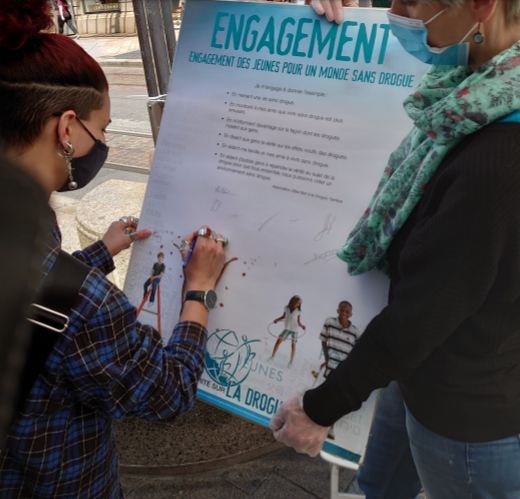 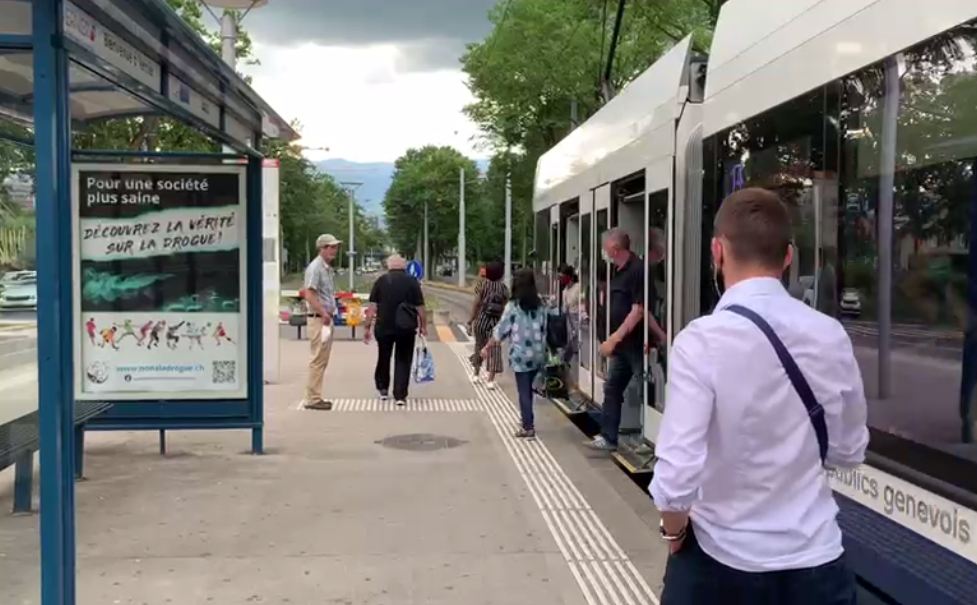 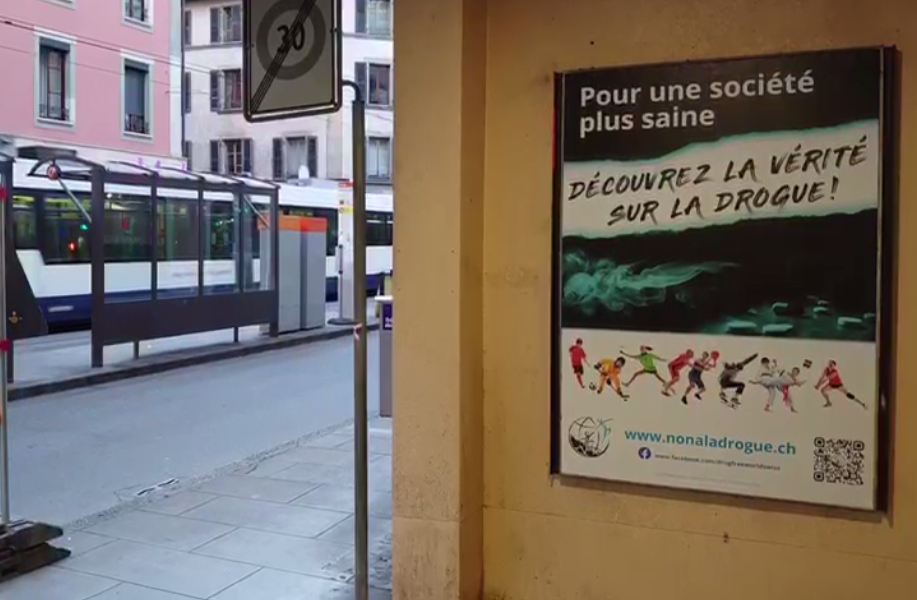 – And, 76 Swiss media received two press releases informing them and their readers about the different drug information campaigns happening in Geneva;
-In addition, on the three big screens of the Cornavin station, during three weeks, the travellers, locals, tourists and visitors could get the spot of the campaign “For a Healthier Society – Discover The Truth About Drugs” that was shown 4 500 times and was giving the contact data of the Swiss organizing association! 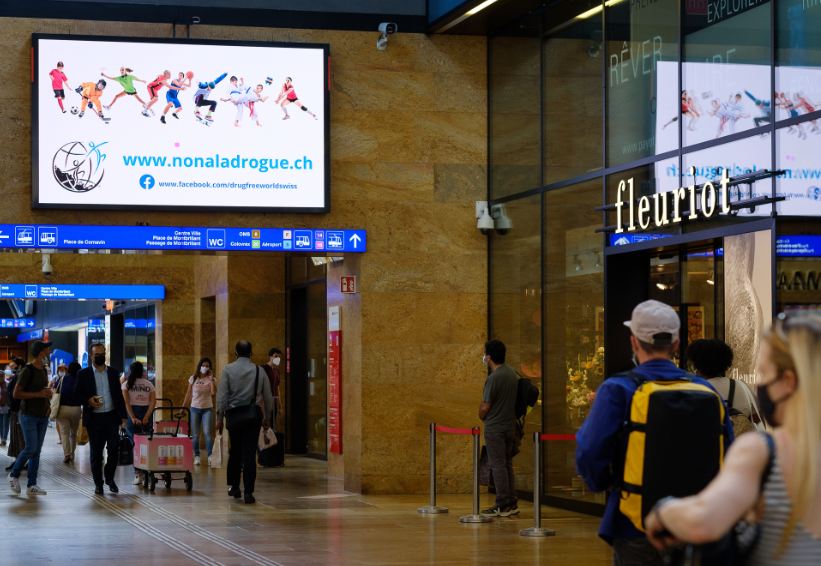 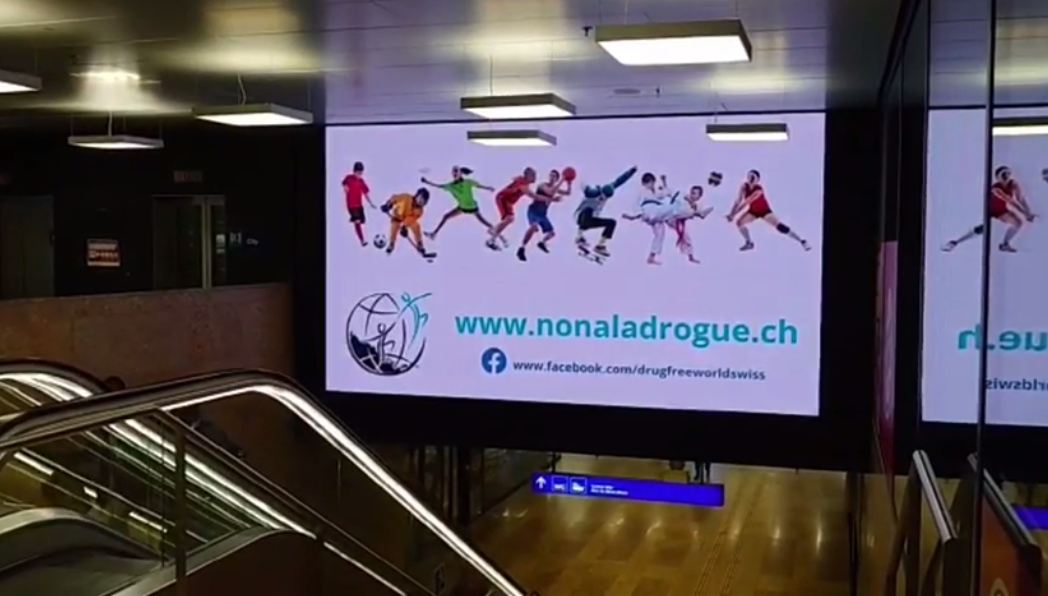 For more data about the information and education materials, please visit:
www.nonaladrogue.ch
Thank you for your interest