About the UNODC World Drug Report 2022

27 June 2022
The World Drug Report 2022 provides an in-depth analysis of global drug markets and examines the nexus between drugs and the environment within the bigger picture of the Sustainable Development Goals, climate change and environmental sustainability. 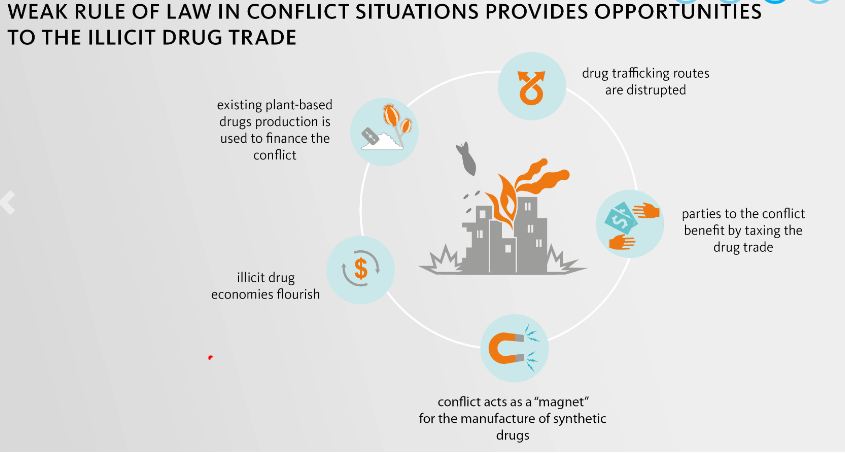 The carbon footprint of indoor cannabis is between 16 and 100 times greater, than for outdoor cannabis, on average, according to the report – due to the intensive energy demands of artificial cultivation. And it is 30 times greater for lab-produced cocaine, than that for cocoa bean production. Other environmental impacts include substantial deforestation associated with illicit coca cultivation; waste generated during synthetic drug manufacturing, which can be 5-30 times the volume of the end product; and dumping other waste that can affect soil, water and air directly.

Gender treatment gap
The women use an estimated 45-49 per cent of amphetamine and non-medical pharmaceutical stimulants, pharmaceutical opioids, sedatives, and tranquilizers.