This has to be known ! From Belgium

After having done on the very popular and friendly radio station Arabel (106.8 FM) a live presentation of the Truth About Drugs campaign developed in Belgium by the Say No To Drugs team, the in-charge of the campaign, Julie, held on February 15, a public conference-debate in the cultural center De Vaartkapoen of the Commune of Molenbeek/Brussels.

The conference entitled Find out the Truth About the Drugs was previously announced on Radio Arabel and invitation flyers were distributed in the Molenbeek area. The public attending was composed of parents and youth, teachers, association directors, and some officials.

The purpose was to explain what are the characteristics of a drug and how they affect the body and the mind. The lecture was well illustrated and made in an interactive way. It was followed by a documentary video with testimonies of young people who had used drugs at a point during their youth and what were the consequences on their life.

The tough subject of the drug destructive effects was soften by the beautiful musical interpretations by Ramazo.

During the Q&A there were interesting questions and a teacher took the floor expressing his disappointment:  regarding the importance of the drug problem in the society, a prevention education for the youth has to be part of the general education and not only left to the goodwill of some associations such as Say No To Drugs. 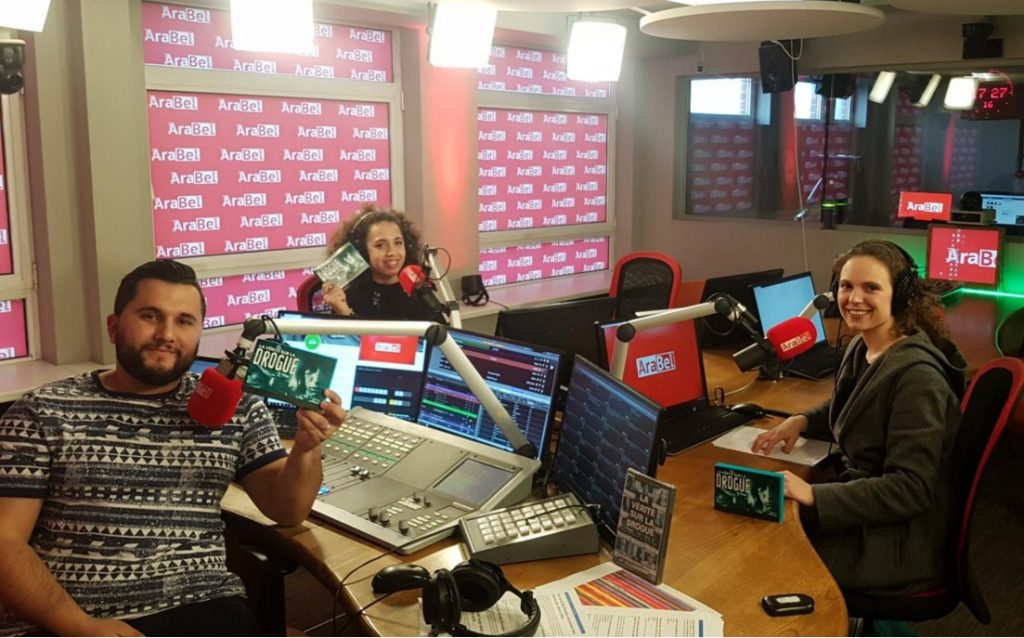 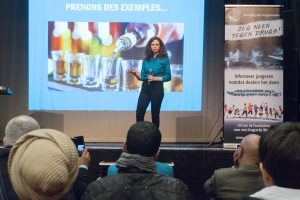 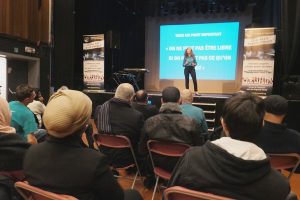 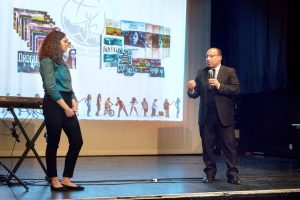 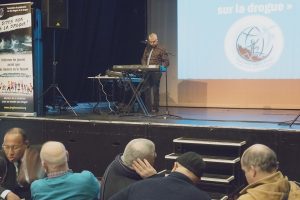 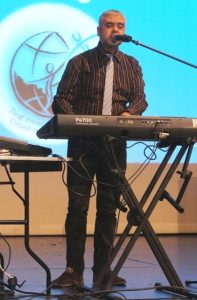 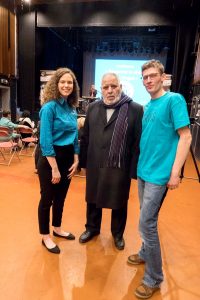