Let’s have a visit to our colleagues of the Bez Drog civic association, from the Slovak Republic. Slovakia is located in the Central Europe, with the Carpathian mountains in the northern part and the fertile Danubian Lowland in the southwest. The Capital is Bratislava, a beautiful historical and active city.
The Team of volunteers is rather active in the prevention and education of the youth on the harming effects of the drug use.
Here after a summary of their activities:
For the 26 June (International Day Against Illicit Trafficking and Drug Abuse) they visited 34 institutions and distributed 12,120 leaflets with information on the harmfulness of narcotics substances. 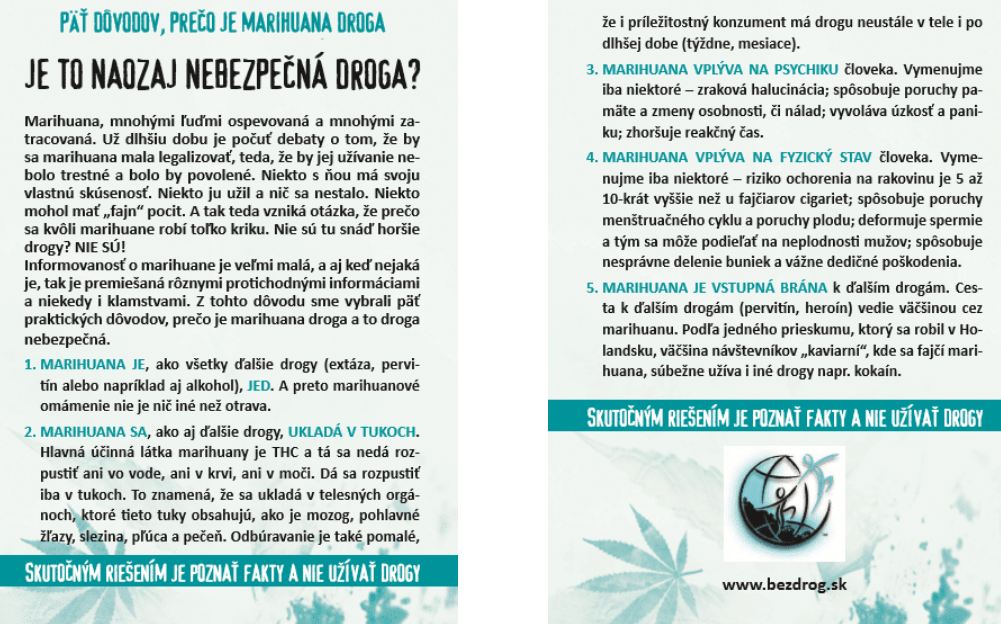 Beside this, across different cities this was no less than 24,800 leaflets providing data on the danger of marijuana use, that were distributed to the public.
In addition to the 108 institutions visited in one month as part of their The Truth About Drugs campaign, they delivered some 28 informative lectures on marijuana. 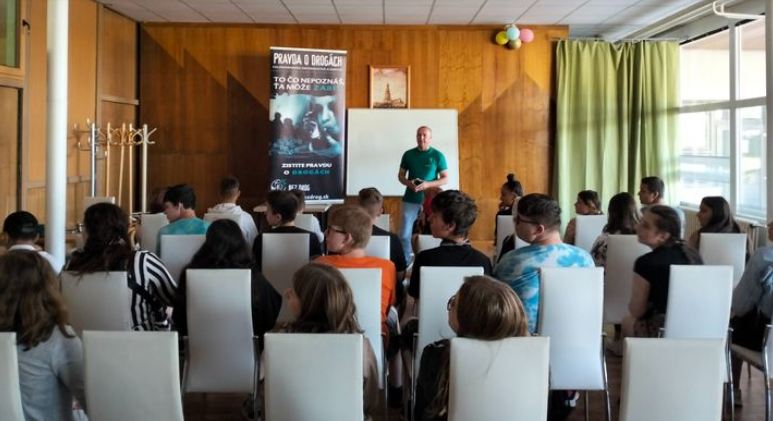 Altogether, they educated 960 teenagers, students and their 32 teachers in different cities and schools of villages.

They intervened also in high schools, secondary schools and even Business Academy 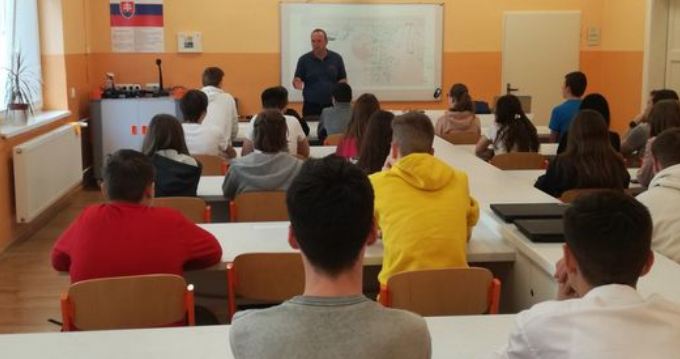 .
More about on: www.bezdrog.sk
Thank you for reading and sharing!