Following the attempt by some governments of the world to modify the three International Drug Control Conventions:

-the Single Convention on Narcotic Drugs of 1961 as amended by the 1972 Protocol;

-the Convention on Psychotropic Substances of 1971 (effective measures against abuse of substances);

-the United Convention against Illicit Traffic in Narcotic Drugs and Psychotropic Substances of 1988 (eradication of illicit traffic);

to make the legalization of cannabis no longer illegal and thus opening the door to a massive production satisfying some vested interests, in disregard of the well-being of the youth and the population, there was in December 2018, at the U.N.Office on Drugs and Crime (UNODC-Vienna), during the reconvened 61st Commission on Narcotic Drugs (CND) Session a clearcut decision taken by the majority of the States Representatives to not modify these International Conventions.

We have to keep in mind the words of the UNODC Executive Director on 26 June 2018:

« When we are talking about the lives and the futures of the next generation, prevention is truly better than cure. »

And in the point 1 of the Alert #5 of the International Narcotics Control Board (INCB-June 2018): « The key elements of this core objectives – children, young people, health and well-being- are also the core of relevant resolutions adopted by the UN General Assembly, the ECOSOC and the CND as well as international instruments with a direct link to human rights« ;

In the INCB Alert#9 (December 2018) is reminded that « Universal action against drug trafficking and abuse is a prerequisite for achieving the health and welfare of mankind which is one of the main aims of the international drug control treaties. »

Let’s have a look on the impact of drug use on into two US States which which were the first states to vote to legalize marijuana for recreational purpose in 2012:

-Colorado which « legalized » the cannabis use (CO=Colorado). 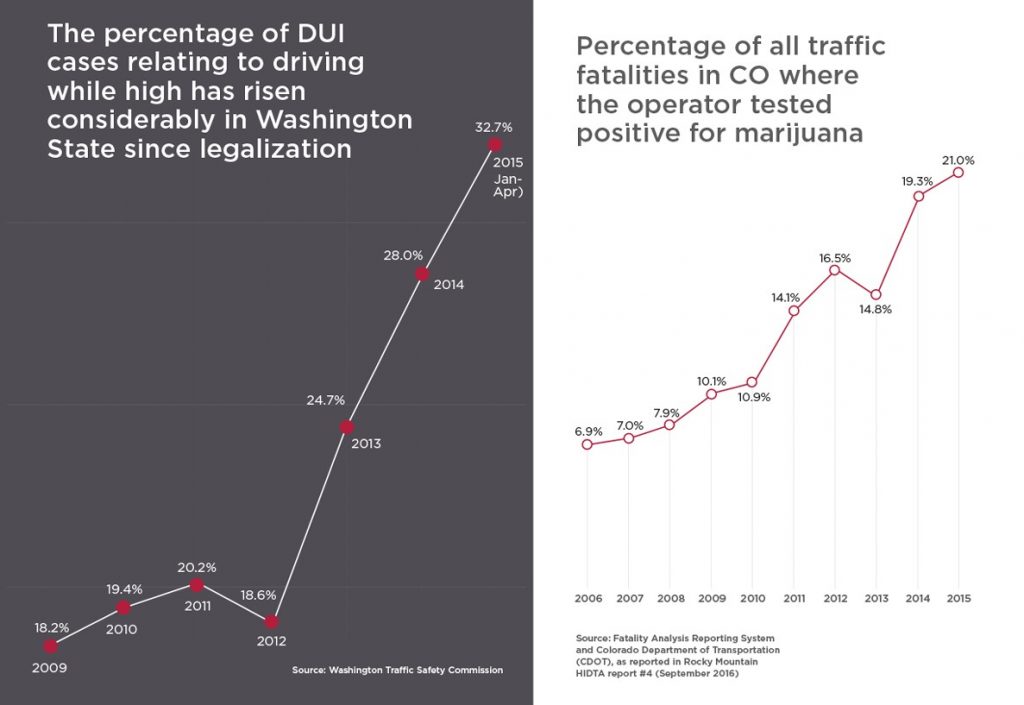