Who does not remember his lessons in geography and economics mentioning the region of Charleroi, the Black Country (Pays Noir), as the Belgian high place of the steel industry, the mechanical industry and others, which made it the social capital of Wallonia.

But, the relocation of industries and the globalization of the economy had  effects on the population and youth in particular allowing the drug to creep into the social fabric and to settle with its cohort of evils and miseries .

This led the head of the association Say No to Drugs Belgium* to react: « It is necessary to make these young people aware of the reality of drugs before they tumble into this world of illusions and misery « and she decided to take action with his volunteers.
As part of the holiday season (with the complicity of Santa Claus), she set up her information booth in Charleroi near Place Verte and widely distributed more than 1,500 booklets Truth about drugs, to young people, parents, traders, teachers, even officials from the neighboring country, all interested in the subject and quite concerned about legalization being the ultimate solution to the drug problem. The booklet having a very factual approach to the sordid world of drugs explicitly describes the short- and long-term effects of the top 10 drugs.

(*) Say No to Drugs Belgium is a member of the Foundation for a Drug Free Europe and cooperating with the volunteers of a hundred European associations « Say No to Drugs ». They use educational tools whose relevance of the factual information provided will enable both young people and adults to be able to take an appropriate, sustainable and responsible decision regarding drug use. 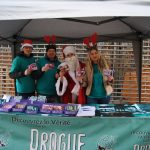 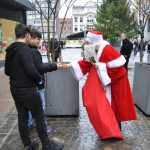 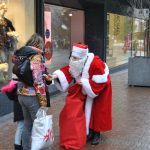