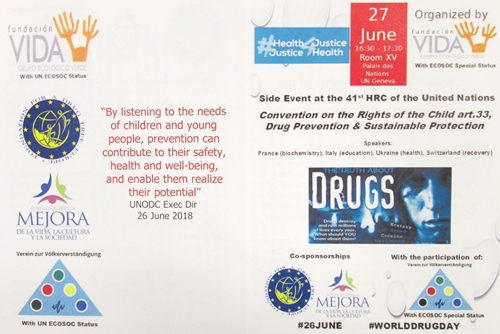 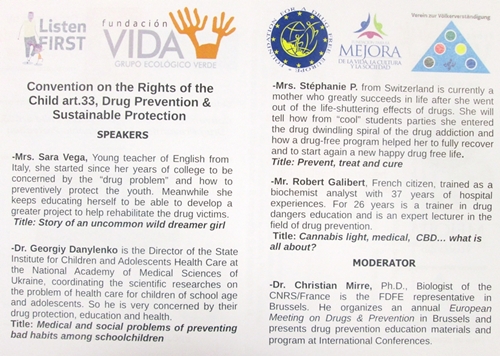 There were a full room of public attending the side event, about 50 people from different ways of life but all concerned by the human rights, including the protection of the children by the States versus drug use, which is the objective of the article 33 of the Convention on the Rights of the Child (1989).

The Moderator in the introduction gave a short overview of the devastating effects created by the drugs and focused on the cannabis which is the entrance gate to the drug use for the youth. He reminded also the statements of the UNODC* Executive Director and of the former President of the INCB* very clear on the subject of recreative drug legalization and the violation of the 3 International Conventions by 2 countries worldwide !

The presentation of the 3 speakers as summarized above was highly interesting and debunking the pseudo safety use of cannabis, THC*, CBD* and other derivatives which is only a matter of vested interests from firms and dealers.

As a conclusion were presented different educative materials giving the right facts on what drugs are with the purpose to raise the awareness of the youth and people on the harmful effects of the drugs so they can made an informed decision for their life.

CBD: Cannabidiol is another cannabinoids of the cannabis plants and accounts for up to 40% of the plant’s extract. 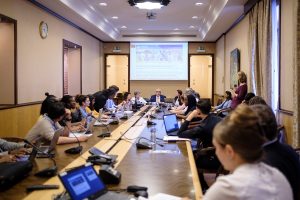 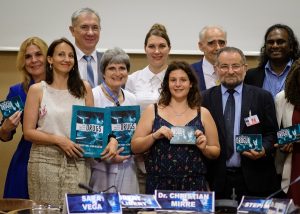