It’s in the Capital of Austria, also called the City of Music, well known for its musical concerts but also famous for being the United Nations Office on Drugs and Crime (UNODC) headquarters, that was operating the Drug-Free Austria Team of volunteers, this 12th of March.

They set up their tent in Wien Mitte, in front of the train and underground station on Landstraßer Hauptstraße. As usual, this was very successful with a lot of young people visiting their tent, getting the right information on the harm cause by drug use, then deciding not to take drugs and signing the pledge. 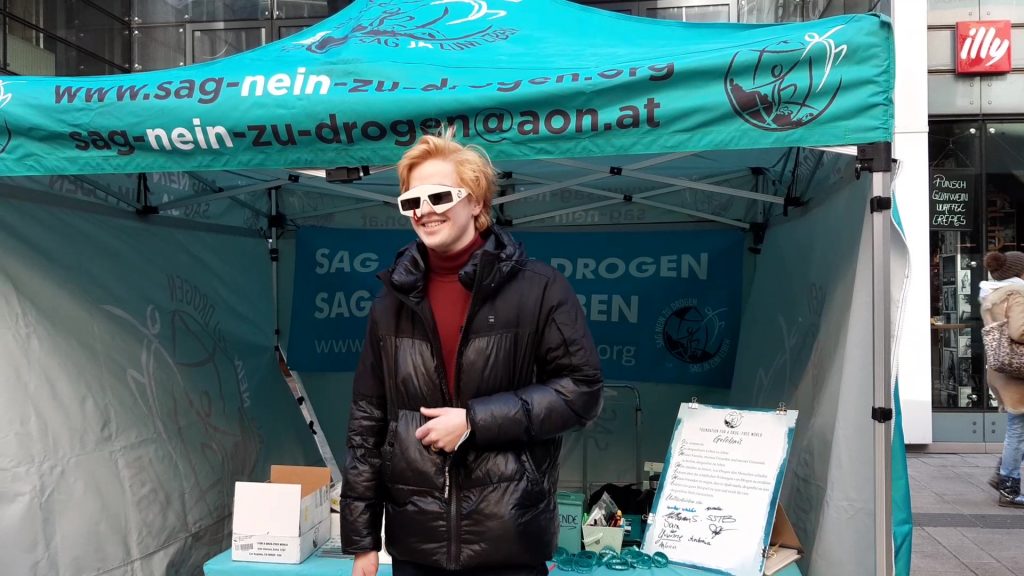 Thus, a group of young people came to the tent to sign the pledge and take materials. One of them was a rapper and he started to rap a bit with sentences against drugs. He was a very cool guy. 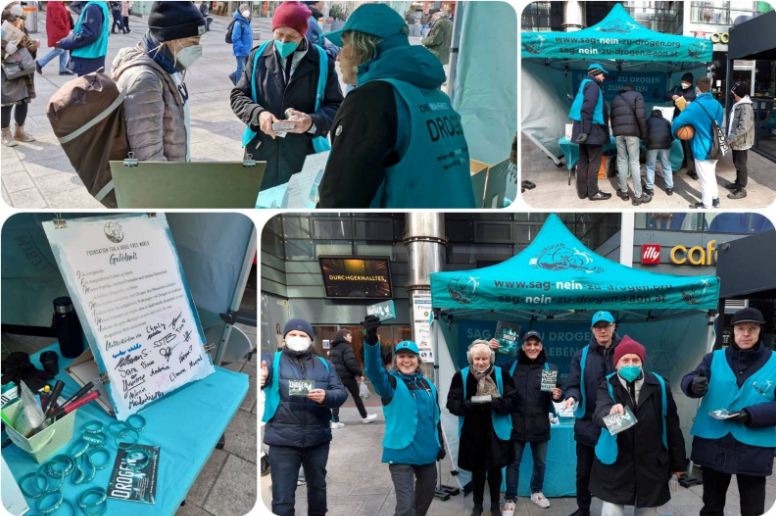 Many questions from people working in associations, caring of young people and even from sports field were asking about the harming effects of drugs on the body and mind and also how to help friends to get out of the drugs. They were thankful for the data provided by the volunteers as well as for the materials The Truth About Drugs they received, with basic factual data on what the drugs really are and do.