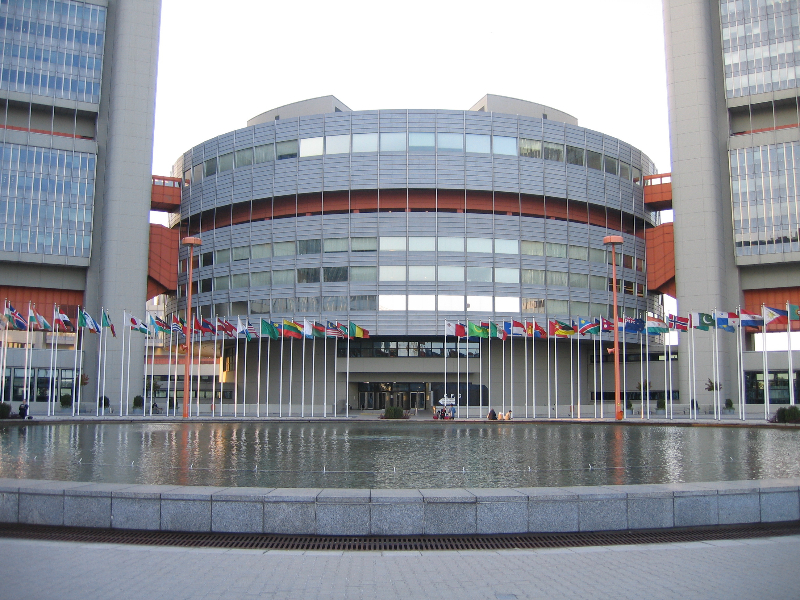 The representative of FDFE had the opportunity to attend this session and thus take the measure of the magnitude of the drug problem the world is facing nowadays. Harmful Reduction and Legalization of Marijuana are the leitmotif of this 59th session.
The plenary session was very interesting and again what came up were the statements of many Member States, warmly applauded when they spoke of their desire to legalize, decriminalize cannabis and get risk reduction through substitution. Canada is the first G7 country wanting to legalize.
The few representatives of countries who were against these principles spoke in a subdued way, as they were a minority.
They further decided to propose as the basis of global drug policy that the subject of UN proposals at the New York special session of the UNGASS in April, will be dedicated to the narcotics issue. There, the reform of global drug policy should be updated.
The vast majority of representatives of Member Countries agreed on:
-the abolition of the death penalty,
-the respect for human rights, to put health at the center of discussions,
-the efforts to achieve the objectives of the Sustainable Development Agenda for 2030.
Switzerland modified its famous policy known as the « Four Pillars » (Prevention, Punishment, Harmful reduction, Rehabilitation), and focused on health risk reduction (needle exchange, substitution), the referral Drug Dependence Hospital (DDH), access to quality care including palliative care, efforts to fight against HIV, … and more on health and rights of dependent persons.
One of the major topics of concern to all participating countries is New Psychoactive Substances (NSP) or synthetic drugs. Most of these drugs have appeared recently, since the last conference of UNODC (2009), and their multiplication is rapid as well as their consequences. All countries are vulnerable to this threat.
Another fact throughout the statements, is the lack of effective rehabilitation technology, almost all treatments being discussed were based on drug substitution.
Some Side events
-Violation of the agreements? Legalization of recreational marijuana
Moderator: Stig-Erik Sørheim
Speakers: Kevin Sabet, Fred Nyberg, Erik Leijonmark, Eze Eluchie
Kevin Sabet made a brilliant presentation removing the main arguments of the supporters of legalization evidence to support « Big Marijuana in US ». He also demonstrated that the legalization of marijuana leads inexorably to an increase in its consumption and the destruction of society.
Then, Fred Nyberg brought a scientific perspective on the damage of marijuana in the human brain, mainly children and adolescents.
Erik Leijonmarck made a historical situation: « Progressing Drug Control in 21th Century ».
Eze Eluchie spoke of the impact on developing countries.
And Stig-Erik Sørheim spoke of the Drug Policy Futures publication.
–Drug Courts
A Side event organized by the Open Society Foundation.
During this conference, it was mentioned the problem of: « persons arrested for drug use, minors in possession of illicit drugs, non-violent crimes related to drugs (…) that represent a high proportion of people in remand centers, prison, on parole or probation, or otherwise in the criminal justice system. »
These drug treatment courts, also called « drug courts », are intended to provide supervised treatment to people who would otherwise go to prison for an offense related to drugs. Some countries have adopted drug treatment courts as a mean of reducing incarceration of drug-related acts.
The substitution treatment order is the rule.
–Early warning systems on NPS: practical answers to a growing problem
Organized by the UNODC Laboratory and Scientific Section and the European Monitoring Centre for Drugs and Drug Addiction.
Presentation on the Early Warning System in Sweden.
For example, Acétylfentanyl the history and the different stages since August 2014 to the WHO recommendation for submission to the Convention narcotics 1961 November 2015 in Sweden.
There are four major groups of molecules NPS:
• synthetic Cannabinoids
• The phenylethylamines
• Synthetic cathinones
• The Piperazines
The different substances are studied according to their history (occurrence, distribution, seizures, alerts), chemical composition, pharmacological aspects (symptoms, desired effects, adverse reactions related deaths), their legal status and the transmission to the UNODC.
However, it still takes several months and it was decided to ban the chemical precursors of these molecules.
For example, the lessons of Ecstasy which took nearly 10 years before having a real political awareness of the problem.
Overall in Europe, more than 560 substances are monitored, 63% of them since 2012.