It is in the pure French sport tradition that the 6 Nations Rugby Tournament was taking place in Paris during February.

Pointless to say that a good supporter as well as a true tough rugby player has better to stay away of the drugs or to try to escape the reality by smoking drugs. Indeed all the physical and mental capacities and speed of reaction are fully mobilized during this kind of match, no complacency!

This is why the French Say No To Drugs Team from Paris was present at the stadium with their booklets The Truth About Drugs as a reminder for the supporters. And they were rather well welcomed by the enthusiastic supporters for France and Scotland ! 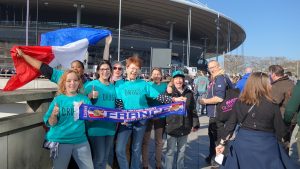 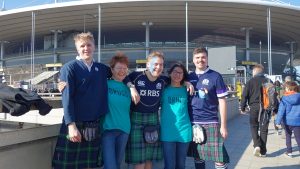