To celebrate the 26 June United Nations International Day on Drug Abuse and Illicit Trafficking, the 11 volunteers of the Geneva Say No To Drug team held booths and visited no less than 300 shops of the city.  Following the dramatic 2017 World Drug Reports of the UNODC* and of the EMCDDA*, their purpose was to do a big educative campaign on the harmful effects of the 10 drugs the most used. They distributed during the week-end in Geneva 8,000 booklets The Truth About Drugs to raise the awareness of the youngsters, the parents, the educators, the officials interested by the drug problem, on the dangers the drugs represent not only for the individual health but for the whole society. 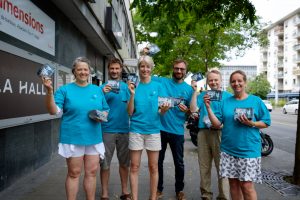 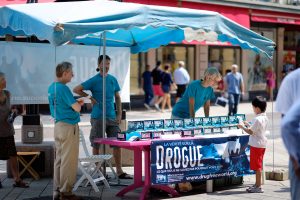 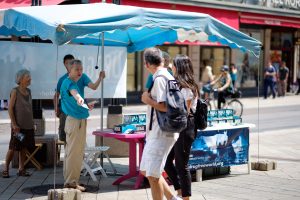 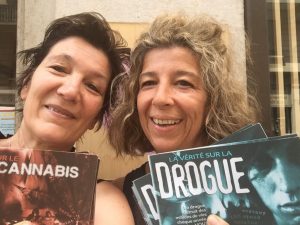