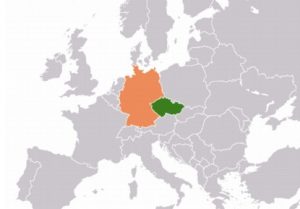 The Czech Republic (green), one of Germany’s neighboring countries

Ever since then, crystal meth – a cheaply, easily manufactured and highly addictive drug – has been flooding across the Czech border into Germany, where it is sold with profit. See the following graphs published by the newspaper « Die Welt » in 2013: 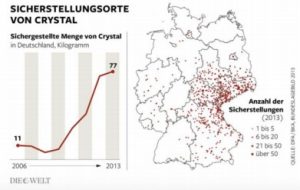 Left: amount of crystal meth seized by police in Germany (in kg)

Crystal meth is a cheap, synthetic drug made of easily accessible ingredients such as cough syrup and battery acid. Users often get hooked after the first hit and often show signs of physical and/or mental decay when using. 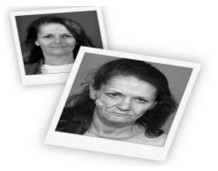 Crystal addict before – after

Since 2009, the number of first time users of crystal meth skyrocketed in Germany – whereby the areas most affected were the ones close to the Czech Republic. 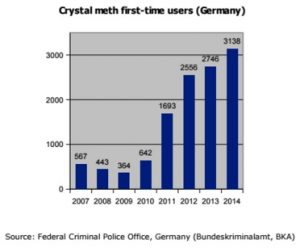 To end this crisis, a team of Anti Drug volunteers from Germany went on tour repeatedly to reach youth in the affected area before drugs do, using the educational booklet the « Truth About Crystal Meth » and further educational material of the « Truth about Drugs » series.

Touring against Crystal Meth since 2014

Last years tour was conducted in the summer months. 10 Anti Drug volunteers distributed 20,000 educational booklets in the affected area along the Czech border. Nearly 600 local businesses supported the initiative by displaying the booklets in their local shops and handing them to their customers.

Here are some of the reactions of business owners and employees:

– A business owner said « Finally someone is doing something about it! »

– A restaurant owner was so happy about the initiative that he treated the volunteers to a free Latte Macchiatto.

– A casino manager told us that she was witnessing the drug crisis first hand. She took a pile of booklets and asked for further booklets as soon as she ran out of stock and gave us her business card.

In total throughout all three tours, we now handed out a total of 40,000 educational booklets in12 different cities, held street concerts and drug prevention lectures which was announced by the media, reaching hundreds of thousands of people.

Results
… we are more than happy to notice that since we started touring against crystal meth in 2014, the number of first time users has decreased for the first time by 20% according to the latest statistics (source: Federal Criminal Police Office, Germany). 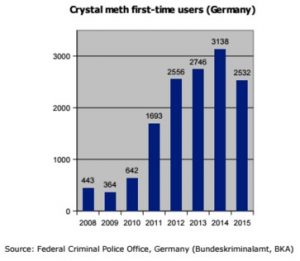 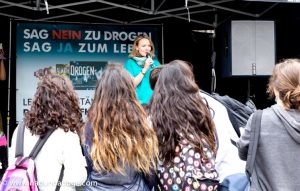