In August the volunteers of the association Dites Non à la Drogue France (Say No To Drugs -SNTD) went 4 days (12-15 August 2017) to South West of France in Biarritz, Saint-Jean-de-Luz and Cap-Breton for a great informative anti-drug campaign The Truth About Drugs. They distributed no less than 12,600 booklets shared between public, in the streets or a the beach, being either parents, teachers, passersby, in a police station, in a camping, in an hotel or among 481 shops for their clients. More than 180 positive responses were gotten such as:

A teacher working in a high school took booklets for the documentation inside the school. Another teacher took 50 booklets for his students.

A director of school took 50 booklets to distribute in his school.

A young girl received the booklet and said that she already got it last year, and she kept it since then. Her mother was very happy about.

A mother with her 2 children took the booklet, very interested, because her two children should be briefed on drugs.

A client in a shop took a booklet because her daughter is taking cannabis and other drugs. She got information on the harmful effects of drugs and was referred to the SNTD website. She was very happy.

During lunchtime the team stopped at a food truck were booklets have been put on the counter. Clients came there, took a booklet, and started to read it right away.

In a supermarket, the owner said that the booklets were distributed very easily and that people are very interested.

Two rescuers at the beach were met and briefed on the campaign and totally agreed with us.

An educator working in a youth center was met on a market place. He took 50 booklets to distribute. When briefed on the Educator Guide, he was happy to discover it and that it is for free. He will order it on the website. 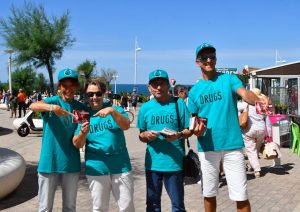 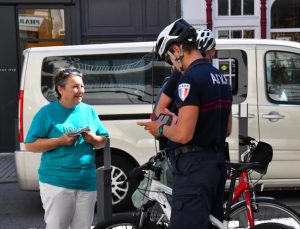 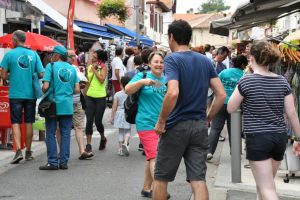