The Say No To Drugs Belgium Team had been very active during this month of May in delivering information on the harmful effects of drugs during the numerous Festivals happening across Belgium in Flanders and in Brussels.

They were providing to the public at large their drug prevention materials : The Truth about Drugs booklets, and also the Truth About: Ecstasy, Ritalin, Cannabis, Alcohol and Cocaine, booklet sets, info kits, DVDs with Documentary and video clips, brochures “Worldwide Success by Educators” and “Worldwide Success by Law Enforcement” according the interest of the public.

The SNTD team had the opportunity to set up their tent and booth during the Sfinks Mundial Festival at Boechout on May 10th. They were proposing their educative materials to the parents, children, teachers, students, heads of associations, care coordinators, Social workers, and more. Thus they distributed a thousand of booklets, several Educator Guides were given and more were ordered.

As an entertaining approach for the public the team proposed the simulation glasses reproducing the behavior of a person being drunk or being under the influence of Marijuana.

All the people, including the youth, were willing to sign the Pledge that they will never take drugs (and alcohol). And a mother took a photo of her 3 children signing the Pledge, so if needed, she will remind them about that later! 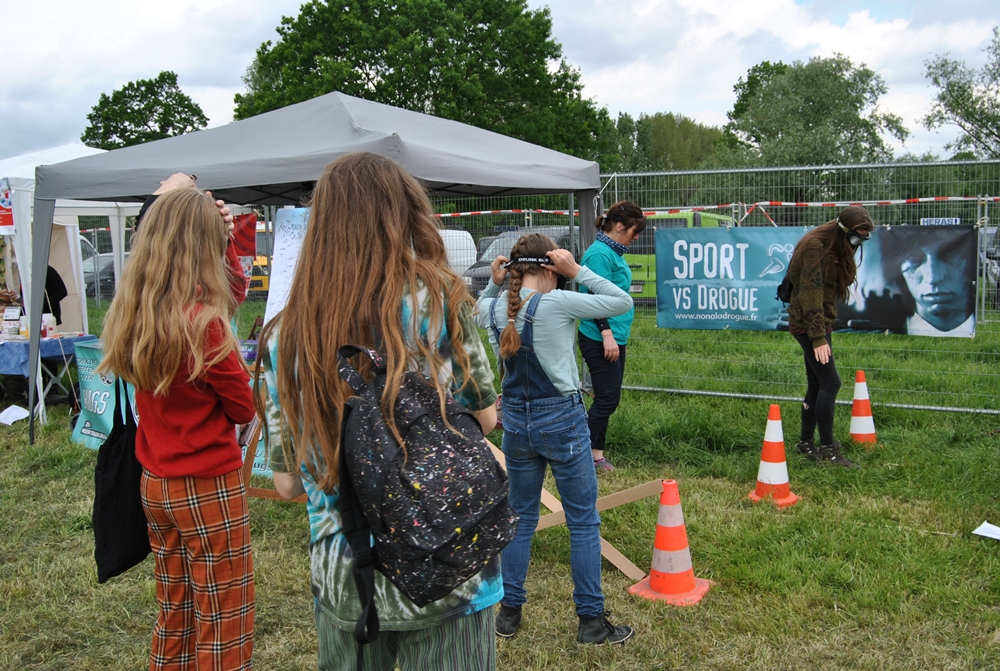 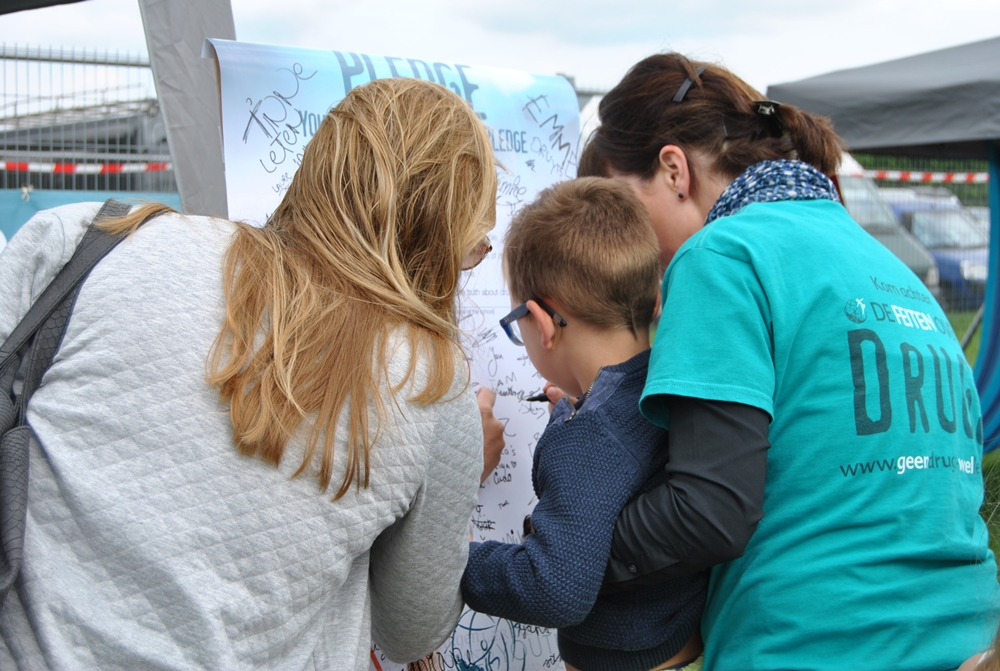 The next festival was in Brussels on May 12th in the Commune of Anderlecht in a place called the Triangle, where the SNTD Team of volunteers installed their booth. The ambiance was very friendly. They got always many appreciations for their action from the public, the teachers and even law enforcement officers.

They distributed again a thousand of their educative booklets on the drug use dangers and answered many questions they got from the adults and the youth themselves. This was for the volunteers an occasion to explain to the people the harmful effects of the drugs on the body and the mind and how this is degrading the individual.

In addition a part of the team visited the shopkeepers around and left some booklets for their clients. Interestingly a politician passing by found the commitment of the volunteers very commendable. 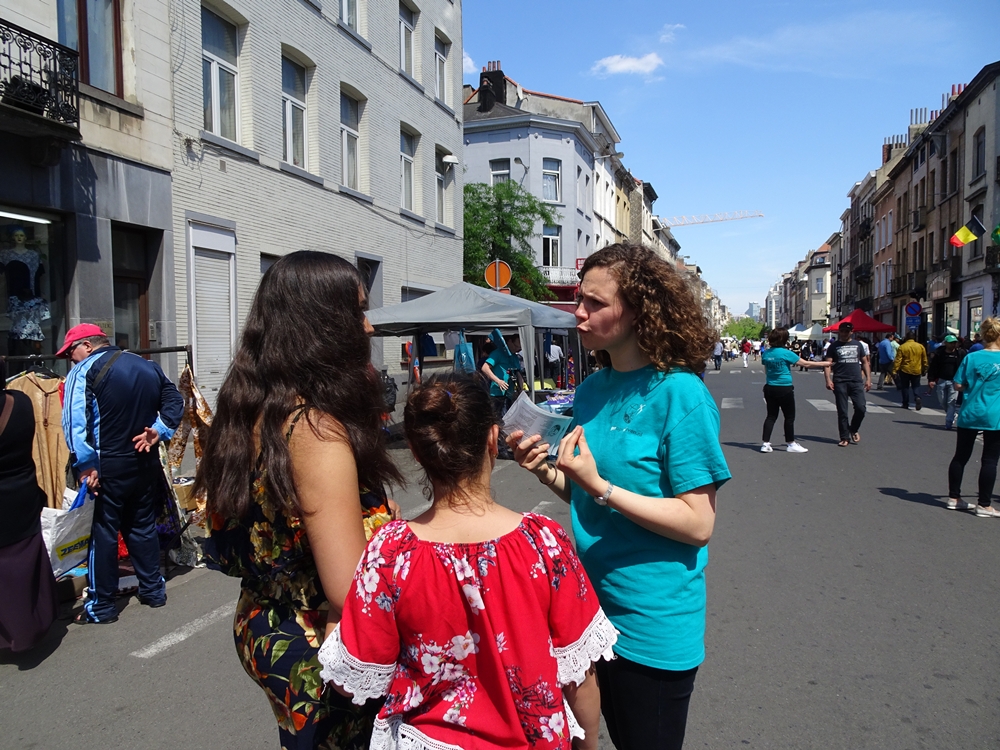 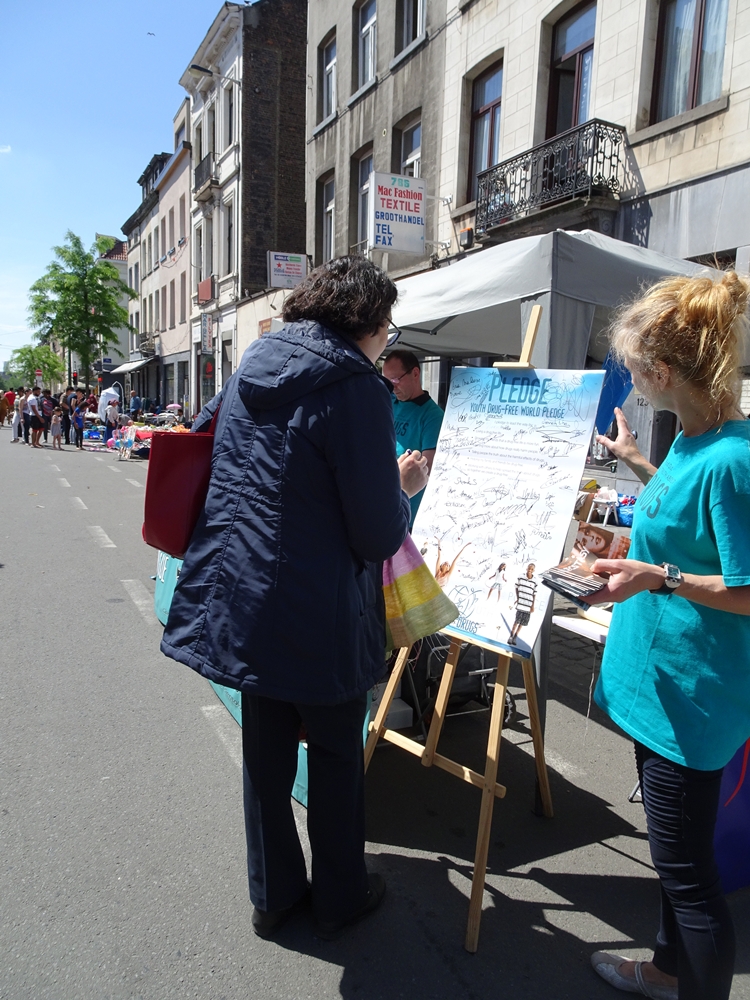 On May 20th at Bornem for the Ezperando Festival, the team of Volunteers were welcoming the visitors including an official of the Commune at their booth, distributing booklets, brochures and DVDs as above. They were also using the two simulation glasses with not only the younsters but also with the parents (fathers and mothers!), teachers, etc. with a lot of success and fun.

A mother found out the booklet on Ritalin used as a street drug. She was happy about and signed the Pledge with all her family. A child with his parents took several booklets and asked to be filmed using the simulators to show this to his classmates during a prevention presentation he will do to educate them on the dangers of drug use. 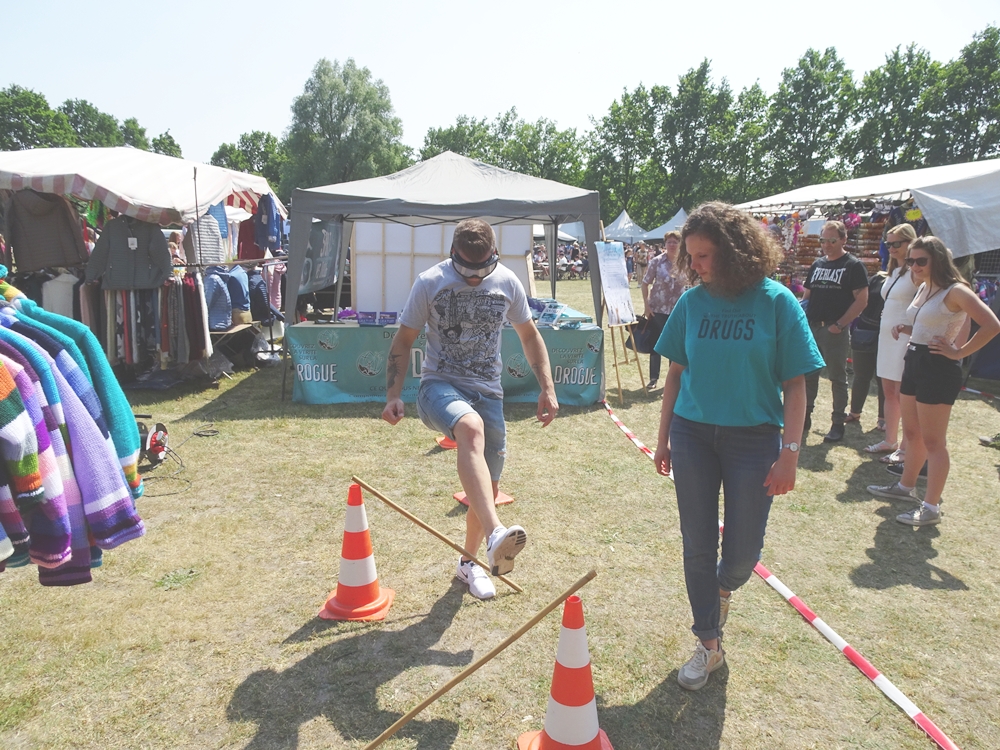 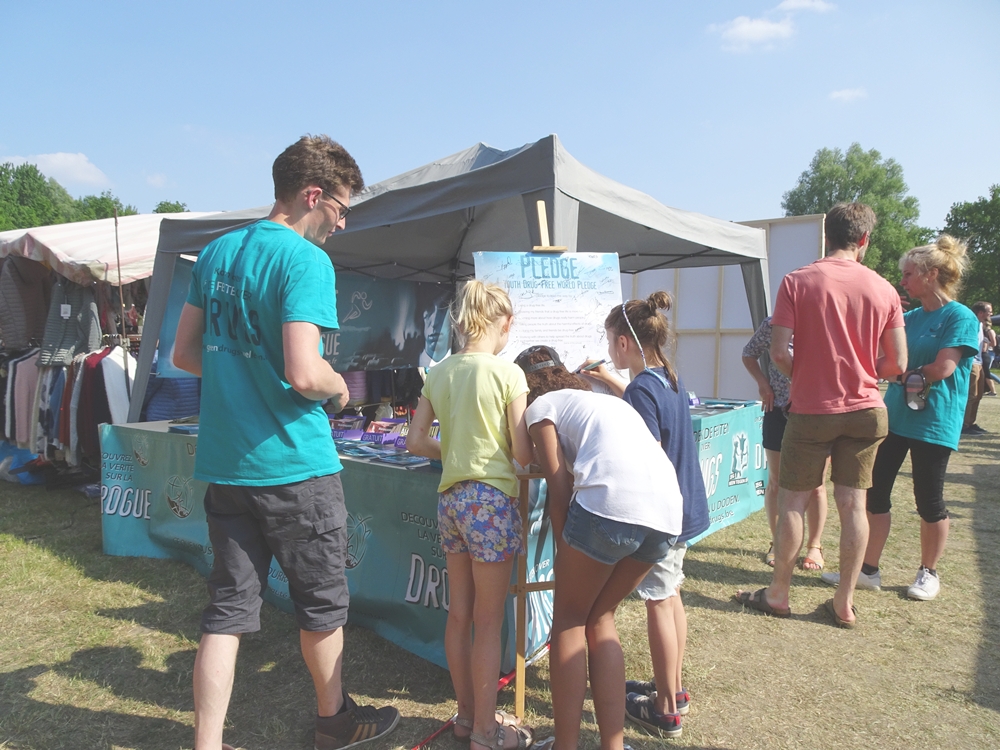 The SNTD Team attended on May 21st the annual Pentecost Fair of Zemst where they distributed a thousand booklets as well as the DVDs and brochures on The Truth About Drugs. Many teachers who visited the booth were interested by the educative materials they could use for prevention education with their students.

Similarly the parents were also eager to learn more about all these drugs to be able to talk about with their children and inform them properly on what the drugs are and what they do.

The Documentary DVD with the testimonies of ex-dealers and ex-addicts was well appreciated by many parents and educators. 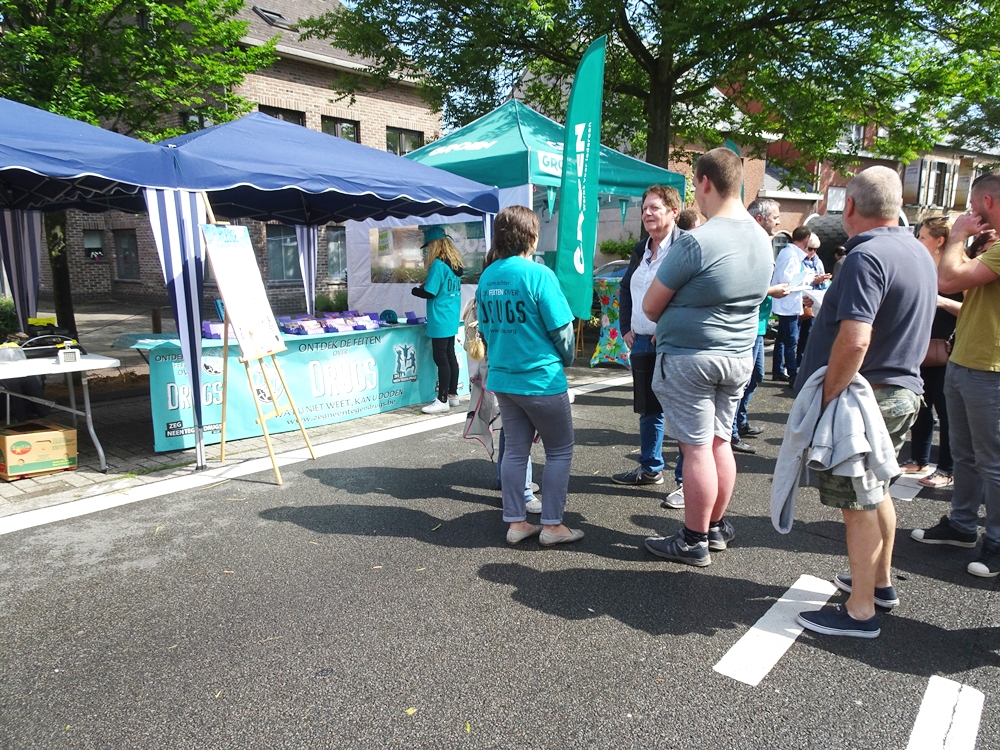 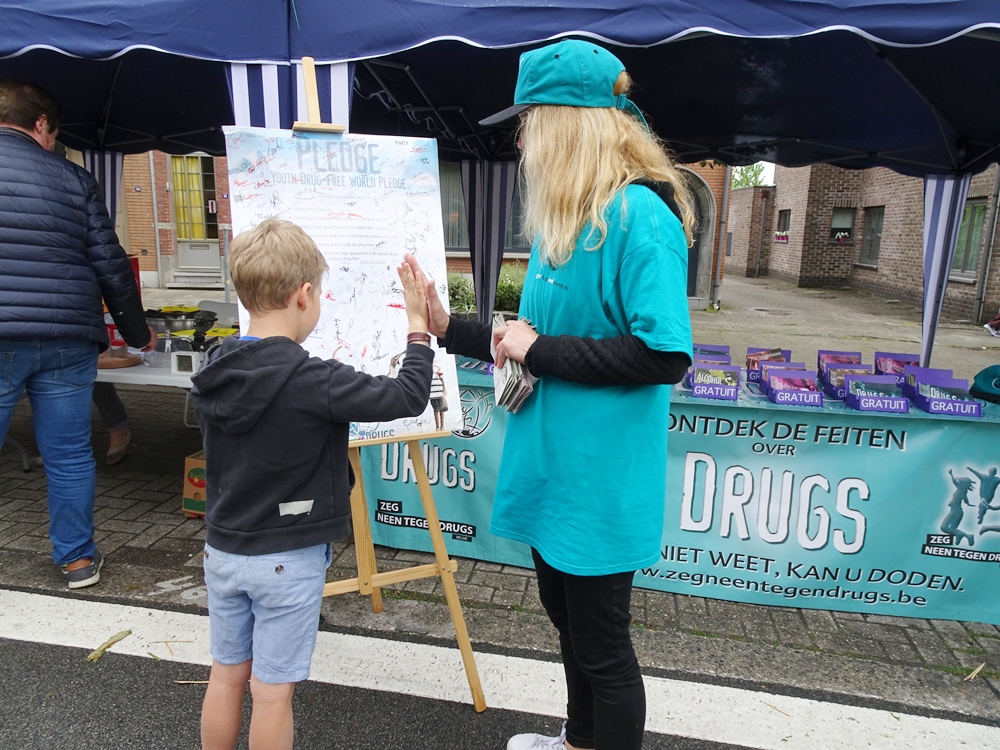 Remarks about the Ritalin booklet

Ritalin (methylphenidate) is an amphetamine-like substance causing the same types of effects on the body as other forms of speed. In 2005 the US Food and Drug Administration issued a series of public health advisories warning that it may cause visual hallucinations, suicidal thoughts, psychotic behavior, aggression or violent behavior.

-At the Sfinks a mother told that her son had been prescribed Ritalin at school and now he is taking street drugs and became a drug addict.

-At Ezperando, a mother who had to give Ritalin to her son stated that this induced him to suicidal ideas and she had to stop the drug.

–At Zemst, several mothers were interested by the Ritalin booklet. One said that her daughter being under Ritalin became aggressive and she had to stop. This mother complained about the prescription of this substance to young children.