Following the great success encountered with the youth, the Say No To Drugs Vienna (Sag Nein Zu Drogen, Sag Ja Zum Leben) went on Saturday 28 August to do another drug prevention education action. The seven volunteers set up their turquoise booth in Wien Mitte, Landstraßer Hauptstraße, directely in front of the train and underground station. 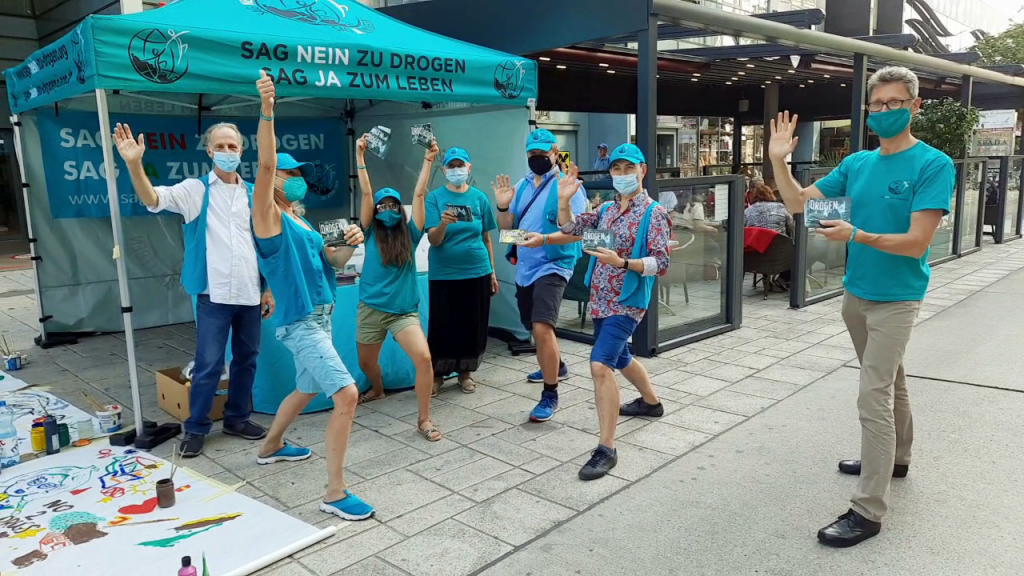 Rapidly people came to them to find out or testify:                                                      One woman, working in health care was asking for workshops and contacts were taken.   A teenager told us about his abuse of Cannabis and that after having gotten paranoia [an extreme and unreasonable feeling that other people do not like you or are going to harm or criticize you] he decided to stop the drug use. He was excited and acknowledged what we were doing.

A woman passing-by stopped at the booth and said: „Thank you that you take the time for this subject!“  Many people came to the tent for themselves, to get more data and they were given „The Truth about Drugs“ information materials.

But also, many young people and children came to sign the pledge and to paint on a long banner on the ground. They had a lot of fun meanwhile getting some reality on what are the drugs. And wristbands from the association were delivered for their greatest pleasure.

Thank you for your interest