The drug problem in Europe- A solution

The non-profit NGO Foundation for a Drug-Free Europe (FDFE) established in 2004 is working with a hundred of Say No To Drugs (SNTD) associations of volunteers through Europe. They are using the informative and educative materials of the Foundation for a Drug-Free World with the purpose of empowering youth and adults with factual information about drugs so they can make informed decisions to be drug free. The last 2017 Reports from UNODC and EMCDDA again gave alarming data on increasing drug consumption in Europe with more than 7500 deaths by overdoses.

A clever use of semantic by the marketing with words such as “soft drugs » or “recreational drugs” abused the youth, making the drug use sounds as fun and harmless. The reality, as still shown by the above reports, is sadly different.

The current trend for some politicians is to promote the decriminalization and legalization of the drug use as a solution, based on the belief that to impose any interdiction or limitation or even morals is not respecting the human rights or the freedom of choice of the person. The history has shown that neither prohibition nor legalization nor decriminalization are a solution. The alcohol and cannabis are a good example and keep continuing directly or indirectly to kill people and youth.

Several studies made in USA shows that the regular or occasional consumption of cannabis at the adolescence increases for the adult the risk of drug addiction (in Journal of Epidemiology and Community Health-BMJ). In Colorado the medical marijuana was available in 2010 and the recreational one in 2014, leading to an increase of the visits of 13-21 years old between 2005 and 2014 from 146 to 639 in the emergency department of a Colorado children’s hospital, with 66% having already symptoms of mental illness (in American Academy of Pediatrics 2017). This had been comforted by a study report* showing the cannabis and cannabinoids increase the risk of schizophrenia, psychoses, anxiety disorders also suicidal thoughts and symptoms of bipolar disorders, heart attacks and bronchitis. Their use affects the learning, the memory and increase the risk of car accidents and for the pregnant women is linked with some baby weight problems.

An analysis of the drug problem shows that until now the concern is more on the consequences than on the causes, showing that the drug problem is really becoming an economic factor with the development and delivery of drugs of substitution (by the pharma firms which produced also the precursors for several street drugs), the delivery of a substance (such as naloxone) to protect against possible overdoses, the shoot rooms and their facilitating supplies, without forgetting the needed trained personnel (doctors, nurses, social workers) to assist the addicts, etc.

In an interview, a French doctor last year (2016) speaking about drugs stated:
“Prevention is less interesting for all these economic players, but it would be more interesting for social security and for patients. In general, when social security loses money, it is that someone wins. Today there is no public policy of prevention”.

One cause which could be easily addressed is the ignorance by lack of objective information on what the drugs are and their harmful effects on the body, the mind and the personality. Primary prevention has been neglected for too long. It stands as proof that the most effective weapon in combating drug abuse is education. In this frame of mind the Foundation for a Drug Free Europe together with all its Say No To Drugs associations are actively present on the ground, informing the youth and public on the drug dangers. And with the high level of the effectiveness of the educative materials made available, the Foundation welcomes anyone anywhere who wants to help youth lead lives free from drug abuse.

Please find out more on: 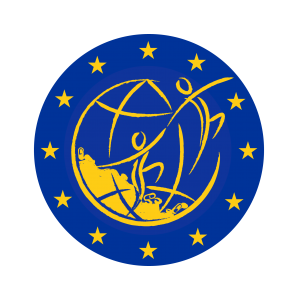