In the frame of the celebration of the World Health Day of the World Health Organization, the association Say No To Drug Belgium (SNTD.Be) held on April 4th a Conference: « Inform the Youth Before Dealers Do » in the Auditorium of the Churches of Scientology for Europe, Blvd de Waterloo, 1000 Brussels. This complies also with the 3 U.N. International Drug Control Conventions and the Convention on the Rights of the Child, both involving the responsibility of the States. 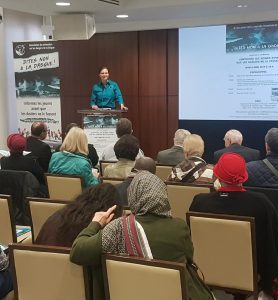 In the presence of about 40 people from different ways of life, Julie, the SNTD.Be Coordinator of the anti-drug campaign introduced the theme starting with a short presentation of the goals of the association and described the different drug education prevention materials* used and made available for any educator interested by doing drug prevention actions in their field. 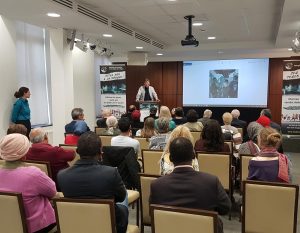 Then, Julie introduced the first lecturer, Didier, very concerned by the drug prevention campaign that he is delivering to the youth as much as he can in schools, associations, everywhere. Indeed, to explain « The Reality of Drugs » he described how him and family had to suffer of the collateral damages induced by the drug consumption of a family member. His presentation was to the point, impinging and very touching. He put the stress on the key role of the parents and the permanent care, attention and dialogue they have to establish and maintain with their children and most importantly when they reach the teenage years. 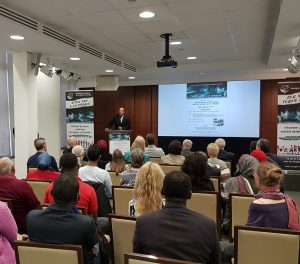 The second lecturer, Hassan, an agro-food engineer and school teacher with « The Importance of Prevention » insisted on the vital necessity to educate the youth on what the drugs (including cannabis and alcohol) really are. He would like that ideally the national educational system includes in the class programs a course on drugs, as he considers that the best way to sustainably protect the youth is by education and by providing them the correct information on the reality of drugs.

The Conference was followed by a very interactive and friendly Q & A Session followed by alcohol free refreshments!

– A set of 14 booklets available in 23 different languages,

– A Documentary DVD with testimonies,

– A Guide with a semester lessons of one hour on the most used dugs.