The President of the French association No to Drugs, Yes to Life (SNTD.FR), Catherine, created a partnership with the Algerian Association of Protection of the Youth Against Social Ills to help them to make a sustainable prevention campaign on the drug dangers at a large scale in their country, starting with their city Sidi Bel Abbes. The Wilaya of Sidi Bel Abbes (Algerian department) has between 900,000 and 1 million inhabitants in 52 communes, 15 sub-prefectures. There is a majority of 70% of young people in the Wilaya. Algeria is seriously affected by this drug scourge, some people even having begun to cultivate the cannabis plants in the country.

The leaders of this association had elaborated a calendar of visits:

. Visit to the « Directorate of Youth and Sports »

. Visit to the « Directorate of Social Action », (DAS)

. Organization of a radio program of Sidi Bel Abbes

. On April 2018, a conference on the importance of education and prevention was given in the Sidi Bel Abbes Entertainment and Scientific Center by Robert, the guest speaker and SNTD France Honorary President . Forty people attended the lecture, mostly doctors, women psychologists and sociologists, psychiatrists, teachers, police officers, associations, university students and more, all very interested by the subject and to discover the educative materials: « The Truth About Drugs » booklets, the Documentary DVDs, the kits of 13 booklets, the « Educator Guide » and the « What You Should Know About Cannabis« booklets, that were distributed to the attendees.

A radio journalist from Sidi Bel Abbes came to do an interview during the conference. This interview was broadcasted at noon the same day and it reached a large majority of residents.

Two newspapers have written an article based on the Conference on April 7th,2018: 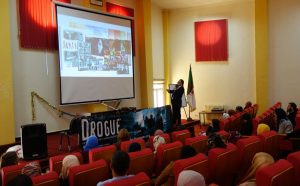 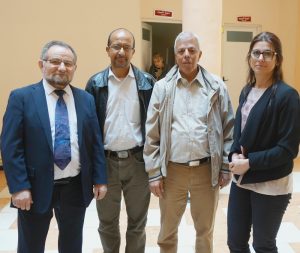