In March 2018 in Switzerland was accepted the « legal cannabis »with maximum 1% THC .

In October 2018 in Canada was legalized the use and the selling of cannabis as being a responsible and fair policy act to prevent the black market * which, by the way, has already organized parallel markets! The sad point is that this legalization was done despite several Canadian medical body warnings. Indeed, a large percentage of suicide attempts among young people in their twenties are related to cannabis use, says the University of Montreal.

In addition, these legalizations are in violation of the three International Drug Control Conventions** according UNODC and INCB (2019).

So, to ensure a better information and protection of the French population on the drug dangers, the French Say No To Drugs associations and groups did another week of distribution of their booklets The Truth About Drugs across the cities of France. 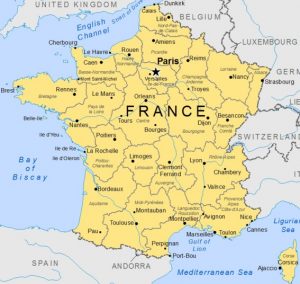 Altogether in one week, no less than 11,600 booklets were distributed to the public and 153 shops participated to the action.

This educative action is always well appreciated by the public as well as by the shopkeepers who agree to be a relay for their clients.

(*) In Canada, the legalization has not eradicated the black market -Drugs Survey

-Single Convention on Narcotic Drugs of 1961, amended by the 1972 Protocol

-Convention on Psychotropic Substances of 1971

-U.N. Convention against Illicit Traffic in Narcotic Drugs and Psychotropic Substances of 1988