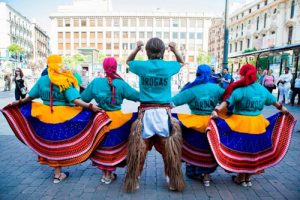 During the year 2016 the Spain association of Madrid  was very active in delivering drug prevention activities in different fields to raise the awareness of the youth and public on the dangers of drug consumption, such as:

distribution of the booklets La VerdadSobre Las Drogas (The Truth About Drugs) in the streets, during football celebrations, organizing street concerts and delivering lectures in schools.

Recently a new activity started: a weekly radioshow interview made on the subject of drugs.

In addition a new drug prevention group started in the North of Spain in Vitoria and soon, in the coming months, there will be additional groups ready to deliver the message in Andalucia and in Aragon.